Regular medical assessments are one of the best ways to support lasting wellness by ensuring that the body is working at its best. Unfortunately, many men do not adhere to standard testing recommendations. In fact, studies show that men are 24 percent less likely than women to attend regular check-ups. This makes them more vulnerable to health issues such as heart disease, hormone deficiencies, and cancers that are not easily identifiable from symptoms alone. Fortunately, most times, these and other serious health conditions may be prevented if they are identified early. For this reason, it is essential that men take part in regular testing.

Why Is Regular Testing Important?

Without proper testing, some common but highly impactful illnesses can go unnoticed for years. For example, it is often the case that major health issues such as cardiovascular disease and cancer are only recognized in men after they become severe, at which point treatment becomes difficult. Fortunately, it is possible to avoid this problem. Men who partake in regular testing are much more likely to discover such conditions in their early stages, allowing for more effective treatment resulting in a higher quality of life.

What Tests Should Men be Getting?

There are many factors such as hormone values, nutrition, and heart health that have a great deal of influence on male wellness. Having these areas tested can help men better identify and resolve commonly overlooked health issues. Below are some of the most important tests for assessing male health.

Many consider testosterone to be the primary male hormone. When maintained at the appropriate value, testosterone supports important components of male health such as virility, mood, energy level, muscle building, and others. A decrease in testosterone values can contribute to issues such as depression, obesity, heart disease, and an overall decline in wellness. Many who do not undergo testosterone testing discount these symptoms and subsequently suffer needlessly from deficiency. 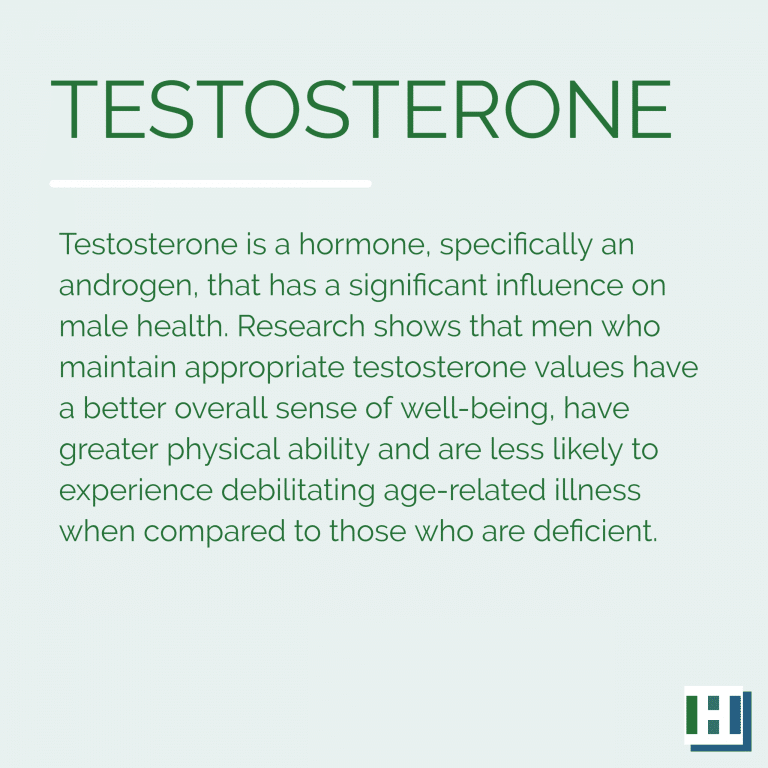 The thyroid is a small gland in the neck that produces several highly influential hormones including T4, T3, and Reverse T3. Imbalance of these substances can have a negative impact on many areas of wellness, perhaps most notably metabolism. Unfortunately, thyroid malfunction is frequently overlooked, especially during middle age, making it imperative that men have their thyroid properly tested.

Human growth hormone (HGH), as its name suggests, is critical for physical development. However, in men, it also plays a lasting role regarding energy level, physical performance, and endurance. A lack of HGH can encourage symptoms associated with aging such as fatigue and loss of muscle mass. If testing is not done, a deficiency of HGH can easily go unnoticed, resulting in a continuous increase in symptom severity.

Cortisol is a hormone produced by the adrenal glands that regulates the body’s stress response. Chronic stress can cause prolonged release of cortisol, creating an imbalance. If this response is maintained, the adrenals will eventually become fatigued and become incapable of producing cortisol along with other important adrenal hormones. The subsequent hormone deficiency can cause symptoms such as anxiety, fatigue, sleep disturbances, and weight gain that can be easy to overlook or misattribute. Because of a lack of testing, many men suffer from cortisol imbalances and adrenal fatigue without even realizing it.

As we all know, diet plays a major role in overall health. However, there are certain nutrients that act as important markers of male health. This includes vitamins B12, B9, and D, and minerals like selenium and zinc. These nutrients influence areas such as neurological function, mood, oxygenation of cells, and much more. Unfortunately, many men are unknowingly deficient in these important nutrients. Undergoing a regular nutrient panel that includes these substances can help men identify and subsequently resolve gaps in one’s nutrition.

Heart disease is the leading cause of death among males in the United States. One way to combat cardiovascular disease is through regular testing. Most heart issues progress slowly over a long period of time until culminating in cardiac failure. The good news is that most cases of cardiovascular disease are preventable, given that the condition is recognized early through proactive testing. By regularly getting tested for markers of cardiovascular disease such as cholesterol, atherosclerosis, and arterial inflammation, one can identify heart issues in the early stages when they pose little threat. This gives men the opportunity to respond appropriately and potentially resolve existing issues before they develop into something more serious. 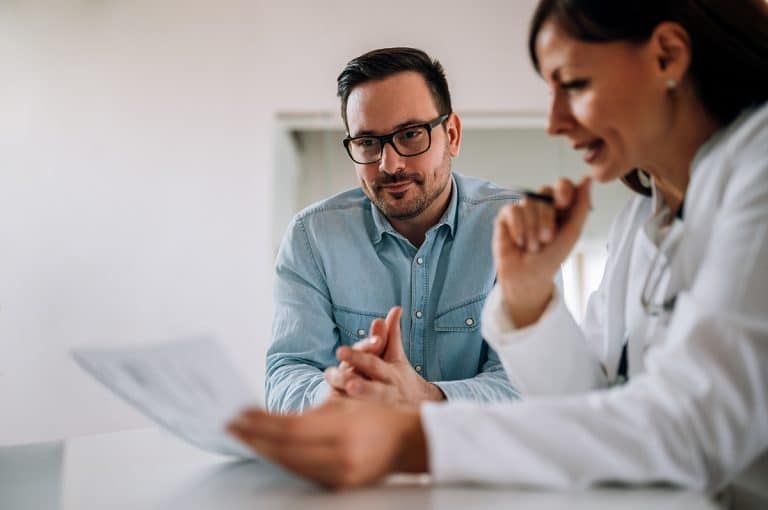 The Importance of Attending Regular Check-Ups

Besides the specific areas discussed in this article, there are several common tests done during regular check-ups with a primary care provider that can uncover important information regarding overall male health. Men should always attend regularly scheduled check-ups with their doctor and take part in the tests that accompany them. Standard check-ups may include:

Stay on Top of Testing to Protect Your Health

Regular medical testing is a major component of maintaining and protecting men’s health. Being aware of one’s own hormone balance, nutrition, and heart health allows for early recognition and subsequent resolution of the most threatening health conditions facing men. The longer that testing is neglected, and an imbalance goes unnoticed, the more likely it is that a man will suffer from preventable illness. To halt this progression, it is imperative that men be vigilant in protecting their health through diligent testing.