The Truth About Testosterone

Hormones are an important part of one’s health. Even though many men often discount their impact on the body, an increasing number of people are recognizing that hormone imbalance has a significant effect on male ability. Many are aware of testosterone but do not recognize that it plays an integral role in male health and fitness.

Popular culture and sporting scandals often portray testosterone as a magical substance that offers super-human ability with accompanying “roid rage.” Although this can occur when testosterone is abused, it does not mean that one should demonize this helpful hormone.

The positive effects of testosterone far outweigh the negative. In fact, recent research shows that many men may benefit greatly from proper testosterone treatment.

This predominantly male hormone is produced in the adrenal glands and testes (women produce a small amount in the ovaries). Testosterone is the primary androgen produced in the testes. This substance provides benefits to both men and women, such as improved muscle mass, endurance, and a greater sense of well-being. Much like estrogen in women, testosterone improves male quality of life and reduces the impact of age-related symptoms and disease. However, when one has a significant lack of testosterone they can experience numerous symptoms.

Symptoms of male testosterone deficiency include:

Androgen (and therefore testosterone) production decreases as one ages, which may contribute to hormone imbalance. Men go through a continual decrease in testosterone production after about the age of 30. This rate decreases further as one continues to age. Because of this natural degradation, most men experience some form of testosterone deficiency.

Widespread decline in testosterone has been recognized by multiple studies. Researchers in the U.S. have found that average testosterone levels in the male population has decreased 15% to 20% over the past fifteen years. Similar values have been reflected in Scandinavia where men have presented testosterone levels up to 20% lower than the previous generation at the same age. Depending on the individual, they may experience severe hormonal deficiencies, not just testosterone. 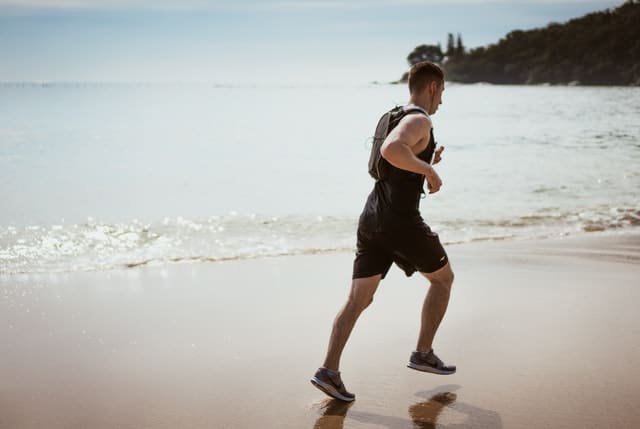 Causes of Deficiency and Decline

Aromatase is an enzyme used to convert testosterone into estrogen. When appropriately balanced, this supports healthy bodily function. However, when this enzyme is overactive it can cause an unhealthy influx of testosterone conversion to estrogen leading to male hormone deficiency.

Sleep is necessary for proper hormone function and production. If one does not get regular sleep or experiences frequent nighttime interruptions they have increased risk of hormone dysfunction. Optimally, one should try to sleep with minimal sensory distractions such as lights, or noises. Getting at least 8 hours of sleep per night is a good general goal.

The adrenals are integral to both testosterone production and the body’s stress response. If this gland becomes overworked due to increased stress, one may experience adrenal fatigue leading to hormone disruption. When one is stressed, the adrenals shift production from testosterone to focus on cortisol. Stress also promotes the production of aromatase and 5-alpha-reductase. Both enzymes break down testosterone and can lead to deficiency. Reducing stress may help resolve hormonal issues.

The Significance of Testosterone

It is well-documented that men have an increased risk of cardiovascular disease and mortality when compared to women. Recent research suggests that this is likely due to the gender-specific qualities of hormones such as testosterone. Numerous studies have found that optimal testosterone levels may be a leading factor in maintaining male longevity, physical ability, and well-being.

Research presented in 2007 found that among nearly 800 men, aged 50-91, taking part in the study, nearly one-third presented suboptimal blood levels of testosterone. Of this sub-group, 33 percent had an increased risk of death within the next 18 years in comparison to men with higher testosterone levels. This was true regardless of lifestyle factors including smoking, drinking, physical fitness, or pre-existing disease and conditions. Significant numbers such as these are difficult to ignore when discussing male mortality.

Furthermore, circulating testosterone levels have shown to have a significant impact on male physiology and neurology. In a study presented in The Journal of Clinical Endocrinology & Metabolism, it was found that participants with greater prevalence of testosterone in their system tested more effectively in the fields of memory, reflex, awareness, and physical ability when compared to those with lower testosterone levels. Men diagnosed as hypogonadal (low testosterone) showed notably lower scores in the same categories. The researchers suggested that greater concentration of free testosterone in one’s system may abate the degradative process, particularly regarding cognitive ability, associated with male aging.