Environmental Toxins and How They Impact the Body

The world is full of environmental toxins and agents of illness that can build up over time and negatively impact various bodily systems. Oftentimes household items, foods, and other aspects of our environment expose us to toxins without us even realizing. Below we’ve compiled a list of the most common toxins, sources of these toxins, and their possible impact on bodily functions.

Phthalates are known as “plasticizers” as they are substances that are added to plastics to increase their flexibility, transparency, and longevity. They have been incorporated into a wide range of products including:

Research has linked phthalates to several physical and psychological issues such as:

Additionally, phthalates can alter reproductive development, particularly in regards to male fertility. Dr. Shanna Swan, a professor of Environmental Medicine & Public Health at Mount Sinai Health System, has studied the effects of phthalates on male fertility and development and found that “male human babies who had been exposed to the phthalates in the womb had a shorter anogenital distance – something that correlated with penile volume.” Phthalates have also been linked to a decrease in sperm count.

Because phthalates are endocrine disruptors, they can also greatly impact women’s health. Phthalates can bind to hormonal receptors and interfere with the function of reproductive hormones such as estrogen. Consequently, higher levels of phthalates have been associated with irregularities in menstruation, ovulation dysfunction, and an increased risk of endometriosis. 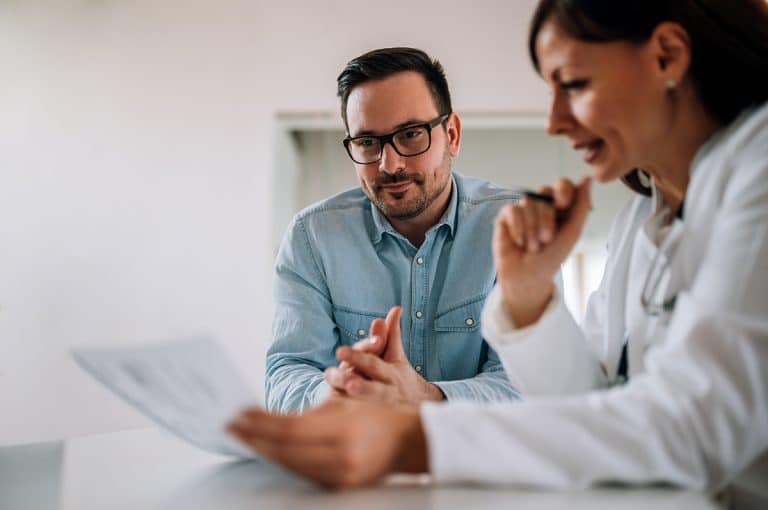 PCBs, or polychlorinated biphenyls, are toxic industrial compounds. Although they were banned in the United States in 1977, PCBs are slow to break down and are still very present in our food supply and environment. Our food supply is the most common method of PCB exposure as they can enter the food chain and bioaccumulate in fish, birds, and other mammals that are consumed. Fish are of particular concern according to the Environmental Protection Agency's National Listing of Fish and Wildlife Advisories as they issued an advisory warning that PCBs increased 177% between 1993 and 2003 (from 319 to 884).

PCBs can cause serious health problems, especially for fetuses, babies, and young children as they can lead to developmental and neurological problems. Moreover, studies have found that PCBs can suppress immune system function and decrease thyroid function. Studies have also linked PCBs to health conditions such as:

BPAs (Bisphenol A) were discovered in the 1890s but were incorporated into common household items and products in the 1950s as they can make plastics stronger when mixed with other compounds. Products that often include BPAs:

Although BPAs help make plastic items more durable, the risk far outweighs the reward as these chemicals can cause a wide range of health problems. Research has linked even low-dose BPA exposure to:

Additionally, BPAs can imitate the structures of other hormones found naturally in the body and disrupt the entire endocrine system along with the thyroid. Consequently, these toxins can change the structure of the thyroid gland and inhibit T3 from binding to its receptors, causing thyroid dysfunction.

It is a common misconception that heavy metals can only be found in products no longer manufactured or rare types of seafood, however, these toxins can be found in everything from household items to the food we eat. Below are some of the most common types of heavy metals, where they are commonly found, and how they can affect the body:

This heavy metal is commonly found in toiletries like deodorant, over-the-counter medications, food additives, cookware, and more. Aluminum oxidizes the thyroid, inhibits iodide uptake, limits thyroid hormone production, and can mislead the immune system to attack the thyroid, as seen in autoimmune diseases such as Hashimoto’s thyroiditis. Additionally, long-term exposure of the body to aluminum can lead to muscular, physical, and neurological degenerative processes that are similar to diseases such as Parkinson's disease, multiple sclerosis, muscular dystrophy, and Alzheimer's disease.

Cadmium is present in batteries, pigments, plastics, sewage, and phosphate-based fertilizers. Like many toxins, cadmium is processed in the kidneys. It can accumulate in the kidney’s proximal tubular cells in higher concentrations, which can cause renal dysfunction and kidney disease. Moreover, cadmium can lead to the formation of renal stones, the weakening of bones, and thyroid enlargement.

Lead is well-known for its toxicity and remains high in today's environment due to its use in the paint used in old housing and pipelines, some metal jewelry, and some children’s toys. Lead is particularly harmful to children and can lead to developmental problems such as lower IQ, hyperactivity, and hearing problems. Additionally, for both children and adults, lead can cause cardiovascular problems (increased blood pressure and hypertension), impaired kidney function, reproductive and fertility problems in both men and women as well as decreased thyroid function.

Because our world is full of harmful substances, it is important to make an effort to be aware of the products and foods that are in your home. It is also essential to regularly practice detox methods that support the health of your liver, kidneys, and other detoxing pathways. It may seem overwhelming, but prioritizing your health is always the best option.