Five years ago, my life drastically changed. I was bitten by a tick while on the east coast at a picnic. I found it within the hour and pulled it off. I did not see a bullseye, and it was not on me for more than 24 hours, so I decided not to take the course of antibiotics typically prescribed when you have Lyme disease. To this day, it is the biggest regret of my life. The last five years for me have been some of the most difficult of my life.

The symptoms first started as plantar fasciitis. Then I had a frozen shoulder that I thought was from tennis. Then my right hip started hurting, then debilitating fatigue. After a few months, I knew it was Lyme because my children and husband have had it. I went to get tested by a doctor in NYC who confirmed my suspicion. I did a mixture of antibiotics, herbs, tinctures, and IV treatments for 6-9 months. I started to feel better and thought I was back to normal then, six months later, I had a sudden death in the family and slept in a hotel room with visible mold. The exposure to mold started the next episode, which was much worse. Overnight I had a growth on my chest the size of a golf ball that was painful, then another popped up on my hand, then the back of my neck. Over two weeks, I went to the ER three times. The first time because of the three growths, the next time for a spinal tap because they thought I had meningitis, and the last time I felt I had a heart attack. Every time, my results came back normal. They finally told me to see a psychologist because there was nothing wrong with me. I knew it was my Lyme back again.

I went from doctor to doctor, most focused on Lyme, or very familiar with Lyme. Each time a would get a little better but not 100%. I tried every modality-magnetic therapy, hyperbaric chamber, saunas, coffee enemas, colonics, Chinese healers that create the medicine out of the air (yes, this did happen), shamans, chiropractors, acupuncture, ten-pass ozone treatments- you name I think I tried it. I was willing to try anything someone recommended if it was going to make me better. My situation hit bottom last year when I contracted sepsis from the port I had for the IV antibiotics. As I was struggling to survive, the ER doctor yelled at me for putting a port in for a disease that did not exist! I thought to myself, “This is crazy that I have this disease that is not acknowledged by the western medical community!”

However, if I would say that there is one thing anyone who wants to overcome Lyme has to do, is get their eating under control. If your body is inflamed by the food you are eating, you will not get better. You need to find out what works for you to give your immune system a break and the support it needs to put the Lyme and co-factors at bay so you can heal.

Mimi MacLean is the host of Heal Podcast with Lyme 360. Listen to available episodes here as well as all streaming platforms. 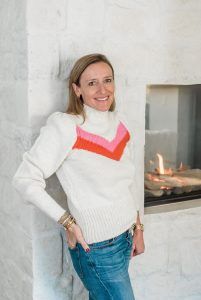