Autoimmune disease is a collection of conditions that can have a dramatic impact on wellness. If you struggle with seemingly insurmountable issues such as difficulty maintaining a healthy weight, endless fatigue, and persistent aches and pains it is possible that you are living with an autoimmune condition. Read on to learn about the basics of autoimmune disease, what contributes to their development and some of the most common forms of autoimmune disease.

What is an Autoimmune Disease?

At its core, autoimmune disease is a chronic malfunction that causes your body’s own defenses to attack healthy tissue. When working as intended, our immune system protects the body through various methods including the production of antibodies. If the immune system perceives a threat, such as a virus or harmful bacteria, it produces antibodies designed specifically to attack and eliminate it.

However, in the presence of autoimmune dysfunction, the immune system may incorrectly identify beneficial organisms and structures as a threat thereby motivating the immune system to produce agents to attack healthy cells and tissues. Often such action results in irreparable damage to the body bringing with it a wide array of chronic symptoms.

We do not yet fully understand the source of autoimmune dysfunction, but research suggests that there are several factors that can strongly contribute to its development. Genetics may play a pivotal role in the development of autoimmune malfunction. Gender being a prominent determinant. Studies show that women are far more likely to develop autoimmune disease with females accounting for nearly 80% of all autoimmune cases in the United States.

Environmental factors such as stress, toxin exposure, diet, inflammation, and infections may also trigger autoimmune dysfunction. Of these issues, chronic physiological stress appears to be the strongest contributor. However, each element has the capacity to damage tissues in a manner that instigates autoimmune dysfunction.

There are numerous known autoimmune conditions and likely many that have yet to be identified. Having a strong understanding of each is an incredibly difficult undertaking. Fortunately, you can still identify and protect against many forms of autoimmune illnesses by familiarizing yourself with the characteristics of common variants.

Graves’ disease is an autoimmune thyroid condition affecting nearly 1 in 200 people. The condition encourages increased thyroid activity, also known as hyperthyroidism, resulting in an excess of thyroid hormone. A surplus of thyroid hormone causes a hastening of various bodily functions and symptoms such as:

One of the most reliable indicators of Graves’ disease is a bulging of the eyes known as exophthalmos. An estimated 30-50% of Graves’ patients experience exophthalmos with 5% developing a severe case. There are several approaches to treating Graves’ disease including radioiodine therapy, hormone therapies, and surgical removal of the thyroid. The choice of treatment approach depends on the severity of the condition and individual patient factors. 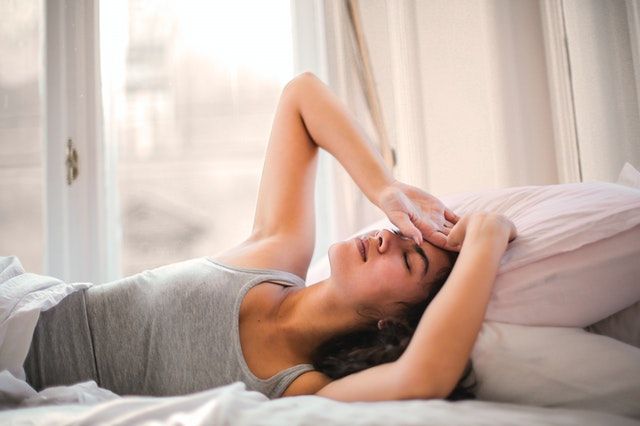 Hashimoto’s thyroiditis is another autoimmune thyroid disorder. But, unlike Graves’ it causes the immune system to actively destroy thyroid tissue resulting in a decrease of thyroid function or hypothyroidism. This thyroidal decline causes bodily function to slow and is accompanied by symptoms such as:

Symptoms of Hashimoto’s become more severe over time as the thyroid becomes increasingly damaged and nonfunctional.

Treatment of Hashimoto’s thyroiditis requires that underlying autoimmune triggers be resolved in entirety. To achieve this, doctors may recommend hormone replacement therapy, supplements to resolve nutrient deficiencies and various therapies to alleviate inflammation and other physiological stressors.

Celiac disease is an autoimmune disease that damages the small intestine resulting in gastrointestinal malfunction. The condition is considered relatively common with studies showing that nearly 1 out of every 114 people is affected.

Celiac makes the body intolerant to gluten, a protein found in many grains, breads, pasta and other common food items. For those with celiac disease, consumption of gluten triggers an immune response that aggravates the small intestine resulting in a wide range of non-specific symptoms such as:

Those with celiac are also at risk for several long-term health risks such as anemia, vitamin deficiencies and malnutrition, osteoporosis, enamel loss or defects, neurological disorders, chronic fatigue, infertility, and depression.

Treatment of celiac disease requires that autoimmune triggers be reduced as much as possible. Therefore, patients with celiac are highly encouraged to eliminate gluten from their diet. This means avoiding gluten-rich foods like breads, pasta, and other grain-based products.

Addison’s disease is an autoimmune disorder that targets the adrenal glands. Damage to the adrenals reduces production of various hormones including cortisol and aldosterone. Disruption of the adrenals and these hormones in particular can have a notable effect on wellness resulting in symptoms such as:

As with most autoimmune disorders, symptoms of Addison’s disease develop over a long period of time making it difficult to identify until it has already progressed to an advanced state. Tuberculosis is recognized as the leading cause of Addison’s. However, studies suggest that other infections, cancer cells, genetic disorders and poor adrenal development may also encourage Addison’s. The most common approach to treating Addison’s disease is through hormone replacement therapy. Typically, this involves supplementation with a corticosteroid and other adrenal-supporting medications. Factors such as surgical operations, illness, physical injury, and pregnancy may influence treatment suitability.

Knowing What to Look For